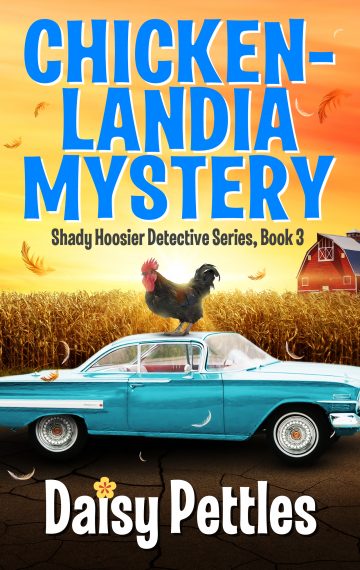 Pawpaw County, Indiana, is all atwitter about Ma and Peepaw Horton’s annual Chickenlandia Festival. The mood turns dark though when the Horton’s prize-winning rooster, Dewey, and his best laying hen, Ginger, vanish, leaving behind no clues except for a trail of tail feathers.

The senior sleuths, who need a way to spy on Krupsky’s chicken empire, and search for clues, get an unexpected “in” when Hiram slips into his best leisure suit and commences to court Ruby Jane.

Follow the senior Hoosier snoops as they attempt to sort the good eggs from the bad in this hilarious small town comic crime mystery.

PERFECT for FALL Snuggle Up & Read!


You’ll get a first edition hot off the presses.

AND you won’t be charged until the book ships.